The mission of Austin Montessori School is to guide the development of each child towards their full and unknown potential.  We cultivate compassion and respect, independence and belonging, and freedom and self-discipline, in rich academic and social environments that honor the complementary needs of the individual and the community.  We provide an educational setting that is inclusive, and recognizes the authentic nature of the child, and nurtures a reverence for the natural order of the universe. 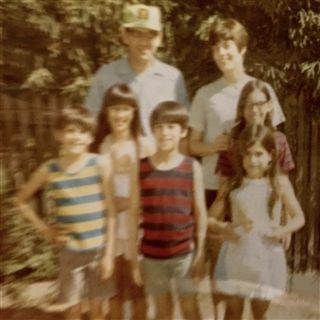 On January 6, 1907, the first "Casa de Bambini" (Italian for "Children's House") opened in a slum quarter of Rome. Fifty children, aged three to six, were part of an astounding revolution in education begun by Maria Montessori.
Sixty years later, in September 1967, Donna Pesoli (now Donna Bryant Goertz) and her family opened Austin Montessori School in an abandoned World War II army barracks on the campus of St. Edward's University. Seventeen children, aged two and a half to five, and one assistant formed the founding class.
Donna went on to receive her Montessori elementary diploma from the Fondazione Centro Internazionale Studi Montessoriani in Bergamo, Italy, and her Assistants to Infancy diploma from The Montessori Institute of Denver, Colorado. Her book, Children Who Are Not Yet Peaceful: Preventing Exclusion in the Early Elementary Classroom draws on her thirty years of experience guiding a community of thirty-five six-to-nine-year-old children.
Today Donna acts as a resource to schools around the world. She is well known as being the founder of a Montessori institution that develops the potential of children, and which offers the city of Austin and surrounding areas a quality in education that is unmatched.
More information on the history of Austin Montessori School can be found in our Annual Report.

Currently, our faculty and staff include 61 committed professionals, twenty-six of whom are AMI-trained with a further seven faculty members currently working towards AMI certification. All five of the full-time instructors at our Adolescent Community have completed the North American Montessori Teachers' Association (NAMTA) Adolescent Orientation. Since November 2010, AMI has recognized this program as the current AMI adolescent pedagogical offering. The school strongly invests in continuing education and personal development.